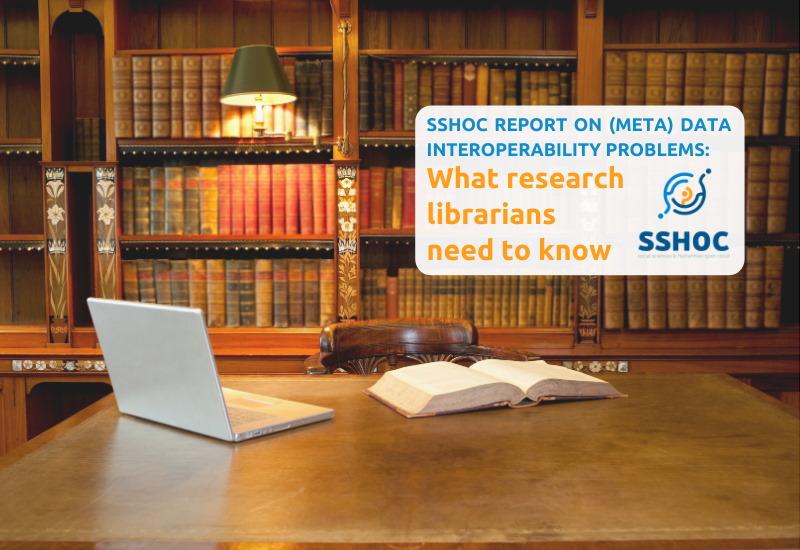 Are you a librarian with responsibility for data management? If so, you may gain valuable insights from a recent SSHOC investigation into research data and metadata interoperability problems among project partners.

The report, Mapping (meta)data Interoperability Problems, Building the SSHOC Interoperability Hub, is based both on desk research and individual interviews with representatives of four domains (social sciences, art and humanities, language science, heritage science) as well as with research infrastructures.

It aims to inform the building of an Interoperability Hub for the SSH, consisting at least partly of a portal with usable conversion services or advice and links to those. Findings from the report with relevance for libraries include the following:

The pros and cons of all standards, as judged by interviewees, can be found on p. 15 of the report.

Beyond outlining interoperability challenges as they relate to SSHOC, the report also pointed out that the need to make systems interoperable is increasing all the time, driven in part by trends such as Open Science and the desire of researchers to have direct access to data.

“As we seek to defragment our scientific practices and embrace common research infrastructures across multiple disciplines, the range of actors and systems that need to interoperate expands rapidly. This is particularly applicable at a time when archives and other data repositories are moving from mediating access to data (from discovery to download) to mediating use of the data: providing specialist analytical environments that can support the size, complexity and sensitivity of the data.” (p. 20)

Legal issues, such as copyright, may also make it difficult for data to be made interoperable across national boundaries, the report said.

Overall, it was noted that fewer interoperability problems were reported than had been expected — perhaps because organisations are already acting on such issues.

Investigation into this topic will continue, with the next objective being to chart solutions to metadata and data interoperability problems.

To follow the work of SSHOC in this area, please sign up to our newsletter and training network