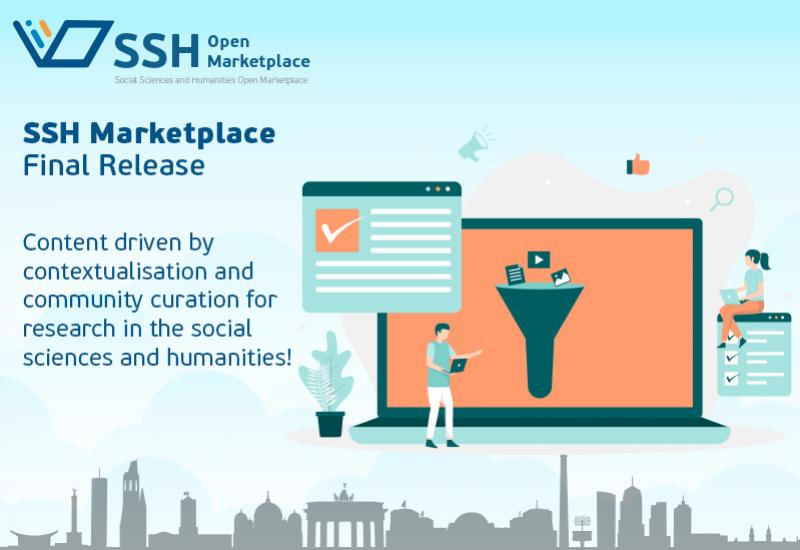 The SSH Open Marketplace is a central hub for academics and researchers to find detailed information about software tools, relevant publications, datasets and workflows supporting research across the many facets within the social sciences and humanities.

SSHOC D7.3 Marketplace - Interoperability captures the priorities for making the best possible resources available to academics and researchers in the SSH field, including those already available and those featured via the EOSC Portal Marketplace.

Selecting and ingesting the best resources available for inclusion in the Marketplace are based on six guiding principles.

The EOSC Portal Marketplace is an overarching catalogue of services available through the European Open Science Cloud with functionalities designed to enable EOSC resource and service providers to edit the metadata of their entries. To make the most of this pioneering marketplace, SSHOC has implemented a unidirectional and continuous import from the SSH entries therein into the SSH Open Marketplace. Examples include:

Stay connected for upcoming SSHOC announcements on the next release of the SSH Open Marketplace for a SHHOCingly good 2022!

An exciting new training tool has been released by the SSHOC project, teaching...

From SSHOC to the SSH Open Cluster