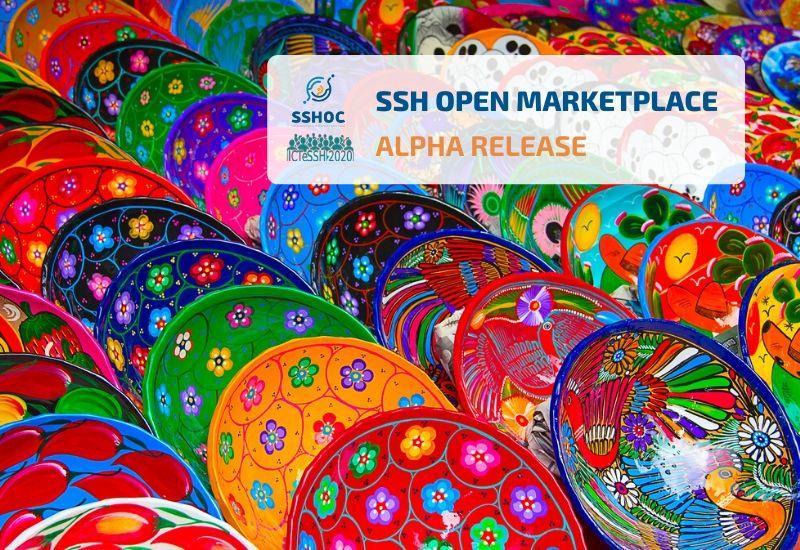 The Alpha version of the SSH Open Marketplace, a discovery portal which integrates services and software, datasets, training materials, and workflows for use by research communities in the social sciences and humanities, launches today 30 June in a dedicated session at the annual ICTeSSH Conference.

The launch is primarily an internal affair for the benefit of SSHOC project partners and will be presided over by key representatives from the SSH Open Marketplace development team. Also in attendance will be four members of the SSH community who were selected to test the system prior to launch and deliver their combined verdict during the session. This is in keeping with the participatory approach which has characterised the project to date.

A video recording of the two-hour interactive session, entitled Agile development of the SSH Open Marketplace: User Workshop, is available for view and download with the published proceedings.   #ICTeSSH2020

The next milestone in the development of the SSH Open Marketplace is the Beta release, scheduled for December 2020. In the intervening period, the developers will make continual efforts to obtain input and feedback from the SSH research community, starting with a webinar solely for the DARIAH community, which takes place on 3 July. Similar events will be organised  very shortly for CLARIN, E-RIHS, CESSDA, LIBER, and other data communities.

In a further strategy to enable users to contribute to this collaborative undertaking, SSHOC is in the process of establishing the SSH Open Market Tester Community. Users who register as testers will be able to explore the contents of the SSH Open Marketplace and suggest additions, improvements and updates via a specially designed consultation platform which is under construction and is expected to go live during the summer.

Read previous articles on this topic:

SSH Open Marketplace: What’s in it for you?

SSH Open Marketplace: How and when can you contribute?

An exciting new training tool has been released by the SSHOC project, teaching...

From SSHOC to the SSH Open Cluster