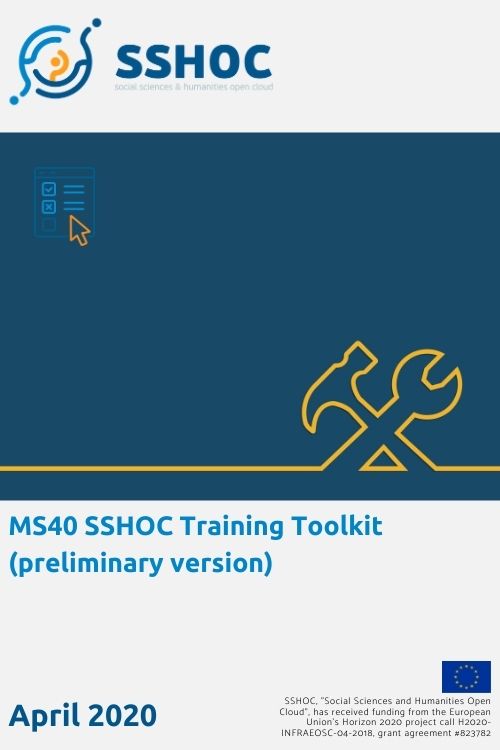 This milestone report describes the first release of the SSHOC Training Toolkit which was launched on April 20th, 2020. The Toolkit is meant for SSH trainers to find and retrieve materials that can be used in training activities.

The first version of the Training Toolkit was developed by extending the work from WP6 Task 6.3 which collected information on existing learning materials in the field of SSH. As described in D6.7 Inventory of Existing Learning Materials, a drupal-based application was used to collect and curate information on different learning materials. The same application was used and further extended to become the published first version of the SSHOC Training Toolkit that scholars can now freely access. The Toolkit is a searchable inventory that by the time of launch contained more than 70 items from 41 different sources covering a range of topics including