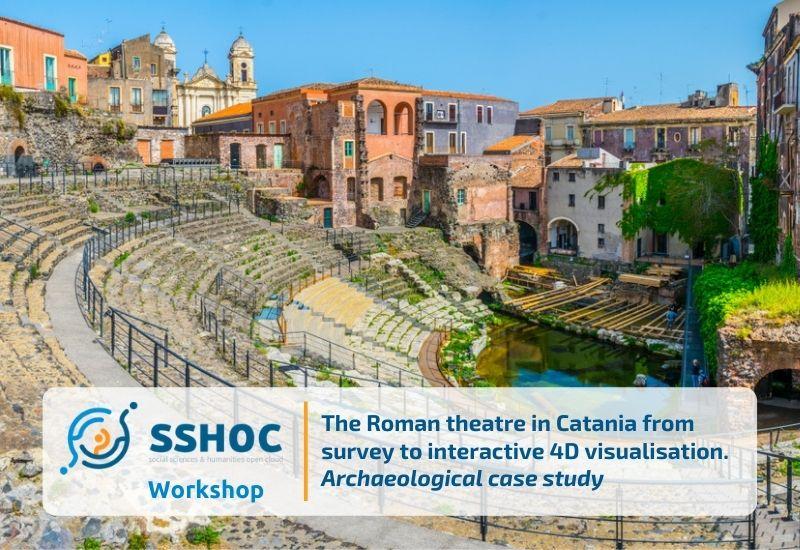 Archaeological field work is a complex process in which scientific resources and competences are allocated for long periods of time, sometimes years. However, the generated data is often either not available in digital form, stuck in data silos or not public. For this reason, the sustainability of archaeological research would benefit immensely from optimized and effective systems of digital documentation, analysis and visualisation of archaeological sites as well as from public, standardised data.

In this workshop we present an archaeological case study of an actual transition of archaeological survey data from data silos to the cloud. Based on survey data of the Roman theatre in Catania, we show how the data can be visualized as an interactive virtual reconstruction of the theatre. We show how the FAIR principles and semantic modelling can be applied to archaeological data in practice by standardizing and connecting data and systems from different sources. The absence of public data is also a cultural issue since shareholders are often afraid that the data quality might not be sufficient for publishing. The workshop represents a milestone in the work of the SSHOC task 5.7, and we would like to share our experiences with the audience and vice versa.

In the first part of the workshop we present the case study as a work in progress. We look at the data and systems of the three partners, including an existing and a new visualisation of the Roman theatre and the Extended Matrix (EM) system. We conclude the first part with the integration process of systems and data that will lead to a unified workflow from survey data to an interactive 4D visualisation.

In the second part we situate the case study in the broader context of the SSHOC project and beyond. Parallel presentations will report on the FAIR principles in archaeology, the SSHOC reference ontology and the EMViq tool that accompanies the EM system. We will then discuss where to go from here and especially how to integrate the FAIR principles and the reference ontology in our work. 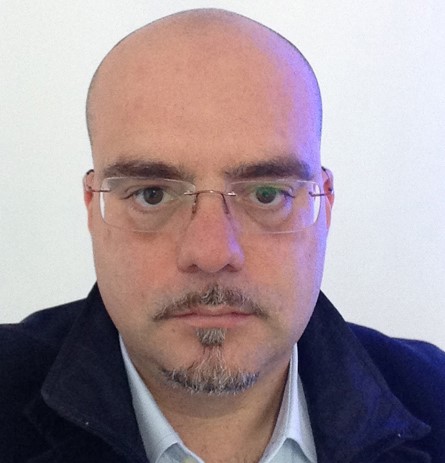 Eng. Alberto Bucciero is a researcher at Institute of Heritage Science (ISPC) of the National Research Council, based in Rome, with more than 15 years of experience in the field of Software Engineering, he carries out scientific research activities on:

Since 2006 Alberto Bucciero is also a contract professor of the University of Salento.

Since 2011 he has managed and developed the Heritage at the Territorial Information System for the Italian Cultural Heritage Laboratory (HERILAB), of the Institute for Systems and Computer Analysis " Antonio Ruberti “ (IASI).

Dr. Francesco Giuri graduated in Cultural Heritage in 2003 at the University of Salento discussing a thesis in "History of restoration". Since 2006 he has been collaborating with the ITLab - Information Technologies Laboratory of the ISPC - Institute of Heritage Science (ex IBAM - Institute for Archaeological and Monumental Heritage) of the National Research Council of Italy in Lecce, first with collaboration contracts and from 2014 as technical assistant. He has participated in several national and international projects concerning the study, survey and development of reconstructive hypotheses of monuments and archaeological sites, aimed at the knowledge, enhancement and fruition of Cultural Heritage through the use of Computer Graphics. 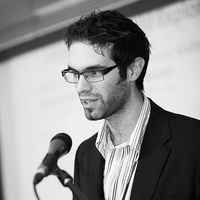 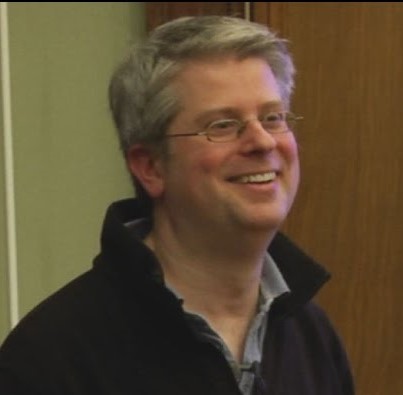 Wolfgang Schmidle is a Data Scientist at the IT Department of the German Archaeological Institute (DAI). Master in Mathematics, Bachelor in German Language and Literature and PhD in Computer Science. He has worked in the Digital Humanities since 2008. He is responsible for the design and implementation of the period gazetteer ChronOntology as part of the “iDAI.world” suite of DAI services and is currently the DAI representative in the SSHOC project as well as in the EU project E-RIHS PP and its successor IPERION HS. His research focus is the semantic modelling of data.

Holly Wright is International Projects Manager for the Archaeology Data Service, including participation in the SEADDA, ArchAIDE, NEARCH, E-RIHS, ARIADNE, ARIADNEplus, LoCloud, CARARE, and SENESCHAL projects. Her research focuses on archaeological field drawing and the Semantic Web, including specialisation in visual documentation and communication, archaeological data management, the use of Web standards and the Semantic Web in archaeology.

Athina Kritsotaki is a graduate of the department of Archaeology and Art History of the National and Kapodistrian University of Athens. She holds a Master of Science in Computer Science. Her scientific interests are focused on knowledge representation, conceptual modeling, thesauri, ontology engineering and reasoning on archaeological theories of prehistory. She has been working for the Centre of Cultural Informatics in Forth for over 15 years.

If you ever played with the idea of crowdsourcing your project, but you took a...

Idea of collaboration between research infrastructures and disciplines is...

Workshop notes: Code of Conduct for the Social Sciences and Humanities