ESRA 2021 conference - The compilation of the [MCSQ]: Multilingual Corpus of Survey Questionnaires 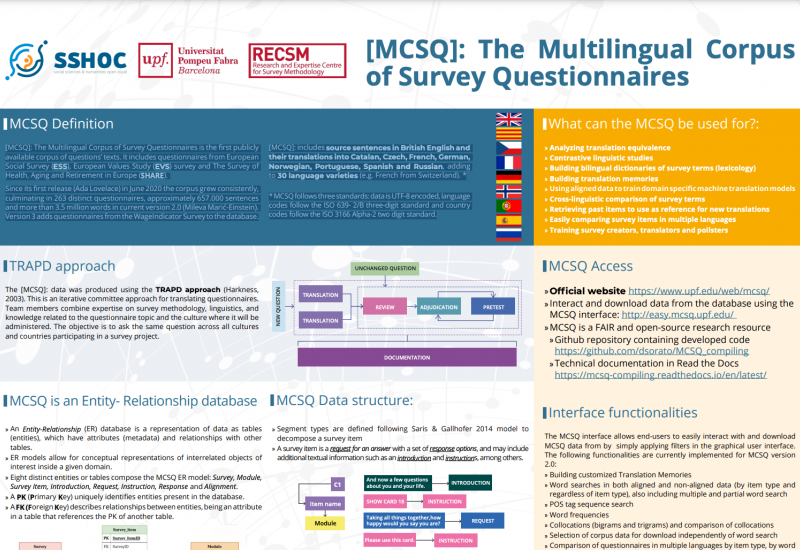 [MCSQ]: The Multilingual Corpus of Survey Questionnaires is the first publicly available corpus of questions’ texts